#1 - Learners receive instruction, resources and services that promote the achievement of their academic, personal or professional goals

In 2016, Library website interface was upgraded to Drupal 8 version.  The UX Team selected Zircon template and planned and executed major redesign to address integration with new library software tool (SpringShare LibGuides software).  In collaboration with Professor Robert Hughes, CGT 105 students conducted usability testing of the Beta Drupal 8 site in Fall 2016.  Thanks to their input, Drupal 8 site was improved and then launched into production in January 2017.  Another round of usability testing, conducted by CGT 105 students in Spring 2017, demonstrated improved user experience in comparison to the Fall 2016 and generated additional helpful feedback for additional design changes.

In Spring 2017, the UX Team invited Accessibility Specialist Zach Lattin to attend one of our meetings to help us understand screen reader navigation.  His demonstration and feedback helped us improve accessibility of Clark College Libraries website and online research guides.  In May 2017, Zach also generously assisted the UX Team in usability testing beta version of New Primo UI software with JAWS screen reader.  His findings and segments of recording of this testing were used in "Primo New UI and Screen Readers" presentation by librarians Julie Austad and Radka Ballada at Orbis Cascade Alliance Primo Day on June 12, 2017.

Time to take some snapshot assessments of the website, and look at how it's grown and developed.

The Website Management Committee was renamed the User Experience (UX) Committee to communicate the broader role the team would play in the review and enhancement of all online resources available through the Libraries.

The Libraries, Tutoring and Writing Center, Student Learning Center and STEM Help Centers partnered to develop new and improved schedule and information pages on the library web site. The redesigned pages now provide up-to-date information about where Clark College students can go to get free help with math, English, writing and other classes - http://www.clark.edu/campus-life/student-support/tutoring/index.php.

Digital Online Training (DOT) was developed by Reference and Instruction librarian Kitty Mackey. DOT is a set of self-paced, web-based tutorials that provide a more sustainable approach to training for staff across the Libraries, eLearning, Tutoring and Faculty Development unit.

The Website Management Committee was formed to ensure continued assessment and improvement of the website. Several tools for training and communication were developed.

Usability testing with Robert Hughes's GRCP 210: Interface Design and Interactivity classes continued. The focus of the sessions were on ease of use for common web site activities such as searching for a Summit book, locating an article in ProQuest or finding information about citing sources. The usability testing was further enhanced by the use of a screen tracking tool developed by David Stewart (a student in Clark's Computer Technology program).

In 2009-10 Clark College Libraries began the process of developing and migrating the library website to Drupal (an open-source content management system). Each member of the Clark College Libraries lent a hand in the creation of the site. A subcommittee comprised of Pavel Popov, Radka Ballada, and Kitty Mackey kept the project on track. Robert Hughes and many of his GRCP 210: Interface Design and Interactivity classes provided input on library interfaces and performed usability testing which provided the subcommittee with insight on what works for students.

Library of the Future Work Group 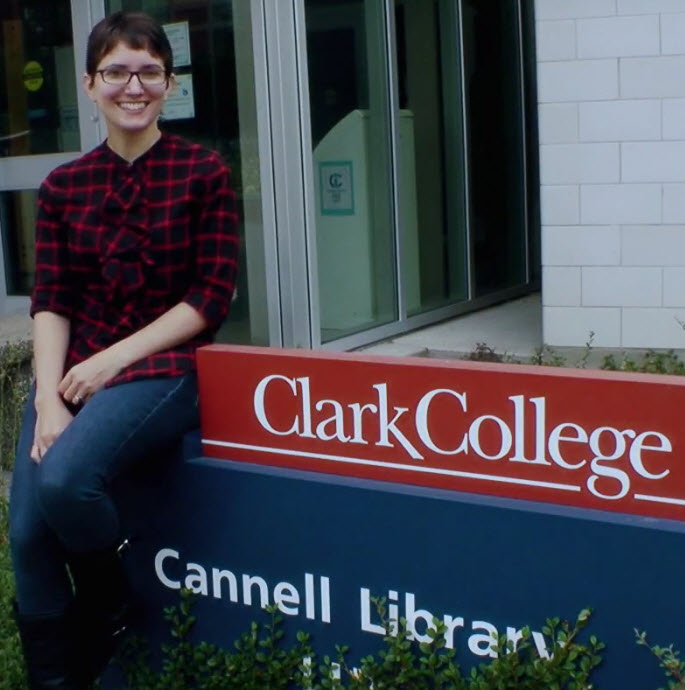 Get to know Clark Libraries!